The island of Elba lies 10km west of the Tuscan coastline in north west Italy and 50km east of the French island of Corsica. Whilst being part of Italy, it has an unique blend of landscapes, architecture and cultures creating one of the most beautiful islands in the Mediterranean.

Elba is the third biggest Italian island after Sicily and Sardinia, but only 224km2 in area with 150km of coastline with many beautiful, sandy beaches, cliffs and coves bordering a crystalline sea. The countryside is green and fertile, particularly in the west which is overlooked by Monte Capanne (1,019m) and known as the ‘Roof of the Tuscan Archipelago’.

Situated in the Tyrrhenian Sea, only 10km west off the Tuscan coastline in north west Italy and 50km east of the island of Corsica, Elba is the third biggest Italian island after Sicily and Sardinia. The island is 225km2 in area and home to 35,000 people.

Like Corsica, the eastern half of the island is similar to the slightly rockier landscape of northern Sardinia. The fertile soils rich in iron, that was once extensively mined on the island by the Etruscans and Romans, host fruit orchards, vegetable fields and many vineyards which enable Elba to produce some excellent wines, especially the DOCG Aleatico red.

The landscape is dominated by Monte Capanne (1,019m) and the 150km of coastline is a mixture of granite cliffs and golden, sandy bays.  Elba features impressive architecture, fascinating history and along with warm climate make Elba a most enticing holiday destination.

The island’s countryside is a mixture of green fields, fruit orchards and vineyards, interspersed with enchanting towns and villages, along with rocky creeks and bays boarded by a sparkling blue sea.

The local people are warm and friendly and Elba’s welcoming ambience, together with its excellent food and wines offer an excellent destination for those looking to experience something a little different and those seeking for a more active holiday as Elba also offers a wide range of activities in a beautiful setting.

Whilst there are no direct flights to Elba from the UK, there are a number of routes both from mainland Italy and from Corsica:

Situated on the central north coast of Elba in the beautiful bay of Biodola, Hotel Hermitage is set in Mediterranean gardens bordering the beach and has wonderful sea views, well-appointed guest rooms and suites, 3 restaurants and bars, 2 pools, wellness centre, children’s club and offers a wealth of activities including 9 tennis courts, 9 hole golf course and watersports.

Located on beach of Procchio just a short walk from the village centre and 10km west of Portoferraio on the north coast of Elba, Hotel del Golfo is situated in immaculate gardens and offers spacious guest rooms and suites, 2 restaurants and 3 bars, swimming and jacuzzi pools, children’s club and land based and water sports activities including tennis, hiking and sailing.

Having enjoyed a relatively stable political history, Elba’s architecture is a mixture of various styles evolving in Italy since the Roman era. With the exception of the San Giacomo fortress built by Spanish pirates in Porto Azzurro, buildings are predominantly from the Pisan era with some particularly impressive examples in the centre of the island's main town, Portoferraio where the ‘Cosmopoliti’ was built by Cosimo di Medici.  Perhaps best known as the place of Napoléon Bonaparte’s short exile from 1814 to 1815 when he was nominally elected as king, he left his mark with the Palazzina dei Mulini in Portoferraio and the Villa di San Martino, both of which are now museums open to the public.

Elba’s excellent cuisine has evolved slowly over the centuries with many recipes being handed down through the generations of families. Fish and seafood figures highly on the menu including specialities such as ‘Cacciuccu’ (fish soup) ‘Sburrita di baccalà’ (cod baked with garlic and mint) , spaghetti with spider crab and many dishes with squid, octopus and sardines as well as vegetarian dishes such as ‘Gurguglione’ (traditional summer vegetable ‘stew’).  There is a wide choice of traditional Italian pastas and pizzas plus cakes such as fig imbollita (soft fig cake) and corollo (aniseed and lemon buns).

Elba is perhaps most famous for having been the place of exile for Napoléon Bonaparte in 1814, but this picturesque island has a wonderful climate, excellent choice of cuisine, renowned wines, relaxed atmosphere in stunning surroundings together with impressive architecture and a rich history to explore for a memorable holiday experience.

In addition to the natural beauty of the island, there is also a range of watersports activities and boat trips available around the island, donkey trekking, an educational farm, a mineral museum, an aquarium and several other museums. There is also a dedicated cycle route away from any traffic for both children and adults and also an easily-navigable footpath or cable car to the summit of Monte Capanne to enjoy the panoramic views of Elba and beyond.

Elba is characterized by its seaside villages (Marciana Marina, Marina di Campo, Porto Azzurro and Rio Marina), ancient hill towns (Capoliveri, Rio nell'Elba, Marciana and Poggio) and fortified city of Portoferraio Medici. From the small villages of Marciana, Poggio, Chiessi and Pomonte you can walk to the summit of Mount Capanne (also accessible by cable car) for wonderful views over the island.

Located on a hill covered with agaves and prickly pears, near Mount Magnet, the village of Capoliveri preserves an ancient history.

Situated 375m above sea level under Monte Capanne, Marciana is one of the oldest settlements on the Island of Elba and is home of the Archaeological Museum.

Bustling fishing port noted for its mile -long sandy beach.  The island’s small airport is nearby, on the road back to Portoferraio.

Where the Spaniards built the Forte San Giacomo in the 17th century, Porto Azurro is a busy fishing harbour lying on a deep inlet, once the haunt of pirates. Wrecks that have been lying beneath the sea since Roman times have been discovered there. Above the town, a cross stands high on the summit of Monte della Croce.

The site of Napoleon's exile, Poroferraio stands on a promontory on the north coast of Elba. The Old Town is a fortress jutting out into the Tyrrhenian Sea.  The modern ferry dock is the principal port of entry for traffic from the mainland port of Piombino.

Excellent sandy beaches stretching along the Bay of Biodola, edged by shady trees.

Perched on a hill in the north east, Rio nell'Elba is one of the oldest settlements on the island, with origins dating back to the Bronze Age. 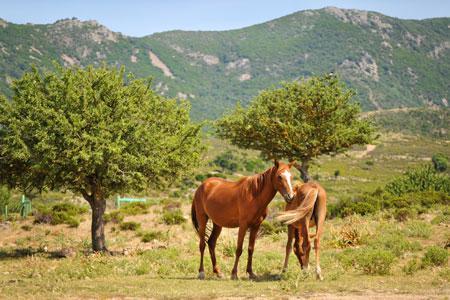 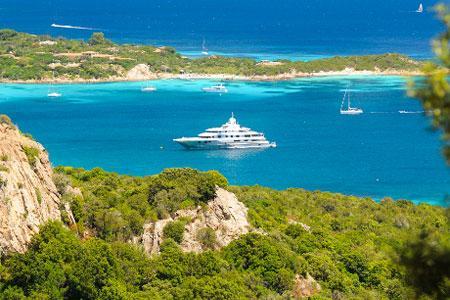 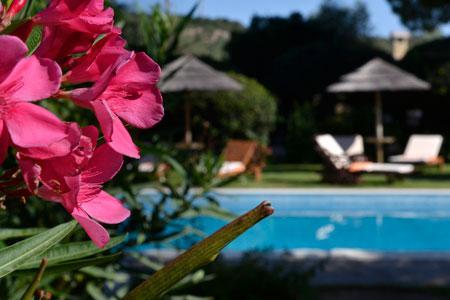 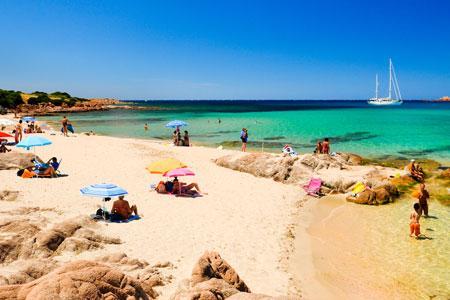